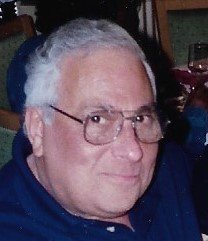 Lester (Les) Roy Kleinman, age 82 of Ellenville, NY, passed away shortly after midnight, in the first hours of May 9, 2020.  He was a devoted resident of Ellenville since the age of seven, when his parents, Eve and Nathan Kleinman, moved the family upstate from the Bronx. Lester developed a strong work ethic and a curious mind at a young age, graduated from Ellenville High in ‘55, enjoyed tennis and golf as a young man, graduated from Union College of Pharmacy in ‘59 (as he would often say, “in four years, before they changed it to a five-year program!”), served in the army reserves, and then began his career as a pharmacist.

At a bungalow colony in 1961, he would meet the love of his life, Eleanor (Davidoff) Kleinman, with whom he recently celebrated 57 years of marriage on March 31. In 1967, Lester and his older brother Robert, who passed away just over a year ago, opened JCD Pharmacy, a foundational part of the Ellenville community for 37 years. After JCD, Lester worked as a pharmacist another eleven years at Ulster Correctional. He was also a founding member of Temple Rodeph Shalom. The work ethic and inquisitive mind launched in childhood remained with Lester through retirement. He was a man of great intellect, character, and loyalty.  Lester loved sports (Yankees, Giants, Rangers, Knicks), history, comedy, blackjack, a good mystery novel, and meeting his friends at the town diner. And as Eleanor knows too well, he was an absolutely vicious Scrabble player.

Beloved husband of Eleanor since 1963, Lester is also survived by son Craig, wife Caroline, and their son Oliver of San Francisco; son Eric, wife Karen, and their sons Jason and Adam of Miami. Living thousands of miles away, Lester cherished his time with his kids and grandkids, and he took immense pride in his sons' education and accomplishments.  As a loving brother-in-law, Lester is survived by Sarah Kleinman, Stu Davidoff, Roberta Kanevsky, and Francine and Nadav Silberstein, and as a supportive uncle his memory shall live in Janine, Doreen, Hal, Larry, Debbie, Ronnie, Andrew, Marc, and Ariela.

Lester Kleinman was known throughout his community as a good man who valued being treated fairly in life and treating others the same in return.  He will be missed by many.

Donations may be made to the Ellenville First Aid and Rescue Squad or Ellenville Regional Hospital, whose services and care he appreciated.

To plant a beautiful memorial tree in memory of Lester Kleinman, please visit our Tree Store

A Memorial Tree was planted for Lester
We are deeply sorry for your loss ~ the staff at Joseph N Garlick Funeral Home
Join in honoring their life - plant a memorial tree
Services for Lester Kleinman
There are no events scheduled. You can still show your support by planting a tree in memory of Lester Kleinman.
Plant a tree in memory of Lester
Share Your Memory of
Lester
Upload Your Memory View All Memories
Be the first to upload a memory!
Share A Memory
Plant a Tree