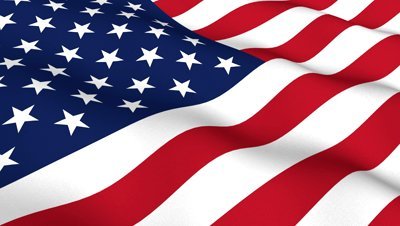 David Sidney Crystal, a long-time resident of Liberty, NY passed away Wednesday, July 8, 2020 at the Albany Medical Center in Albany, NY, after a long and well lived life.

David was born on March 17, 1928 in Kingston, NY to Eva and Maurice Crystal and attended Kingston Schools, graduating high school in 1946. He attended New Paltz Normal College earning a Bachelor’s Degree and a teaching certificate and served honorably during the Korean War in the United States Navy as a radioman.

After his first teaching position in Port Ewen, NY, David became an elementary school teacher in Liberty, NY, a career that spanned 33 years. David was a teacher ahead of his time, who provided his students with much more than rote learning. He gave many who craved it, love; many who fought for it, attention; and some that required it, direction and self-discipline. There are doubtless adults today whose formative years were in some way shaped by a man who took the time to listen, advice, and care for those young minds in his care. David was also a talented carpenter and craftsman, who had a successful floor sanding and refinishing business for 37 years, taking on jobs after school, summers and weekends. David was married to Harriet Tofel of Poughkeepsie in 1955 and they shared 42 anniversaries until her death in 1997. Together they raised five children in Liberty.

David was a two-time Past President of Congregation Ahavath Israel in Liberty and together with Harriet, presided over the weekly Bingo games for over 40 years, raising much needed revenue for the synagogue. Besides his family, David really only had one hobby and that was singing.  His inspiration was opera.  He listened to it, sang it with amature opera companies and was lucky enough to see some live performances at the NY Metropolitan Opera.  He also loved singing in choruses.  Singing was probably his favorite thing in life.

In the years since Harriet’s passing, David traveled to many places both internationally and in the United States, taking many extensive road trips in his beloved RV, including a cross country trip to California when he was 81 years old. There are few men lucky enough to have lived not one, but two lives rich with love, family, friendship and faith. These were not just ideals to David, nor aspirations but embodiments of a very real and purpose driven life- proof that for some, ideals are reality. An obituary is a poor forum in which to encapsulate such a life; may all our own realities embody the ideals he lived by.

In addition to  his wife Harriet, David was predeceased by his brothers Phillip, Leon, and Israel and sisters Mabel and Helen.

A graveside funeral service with full military honors will take place on Friday, July 10, 2020 at 11:00am at the Congregation Ahavath Israel Synagogue Cemetery, Hysana Road, Liberty, NY. Friends, family and community are welcome to attend but are required to wear facial coverings as well as maintain social distancing requirements.