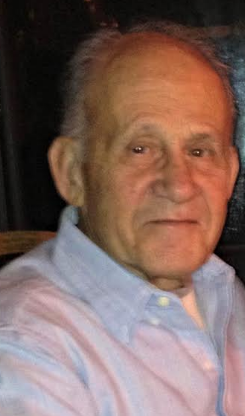 Richard was born in the Bronx, NY, on December 7, 1932 to Harry and Irma Schulman.  He spent a spirited childhood playing stickball in the streets of the Bronx (where he could hit the ball “four sewer lengths”), wrestling in the playgrounds, lifting weights, and working on farms in New Jersey as a teenager, where he fell in love with farming and country life.

Richard was married to his late wife, Hollye, for 48 years until she passed away in June 2020.  Richard was previously married to Beverly Seidenstadt Schulman, with whom he had three children, Ruthann, Jay, and Ronald.  Richard is survived by Ruthan Schulman Baler (partner Don) of Larchmont, NY and son Sam, Jay Schulman (Lori) of Woodstock, Georgia, and children Michael (Jill), Brian, Jessica (Connor), and Ronald Schulman (Miriam), and children Talia and Seth of Scarsdale, NY.  Richard is also survived by his stepson, Mark Clewell (Micky) of Lititz, PA, and stepdaughter Jennifer Olsen (Raymond) of Callicoon, NY, by his sister Sondra  Werner (Mel), niece, Susan Werner (Billy Barkin), and nephews Stuart Werner and David Werner.

Richard graduated from James Monroe High School, Bronx, NY in June 1950 and then earned a degree in animal husbandry from Farmingdale Institute in 1952.  After a short stint working, he enlisted in the United States Army in 1953 where he was stationed stateside and then for 12 months in Germany.

His father Harry notified him in 1954 while he was in Germany that we “bought a farm!” The farm is the same property that Richard owns in Cochecton.  Richard was so excited that he could not wait to get out of the service and start the farming business.  H & R Poultry Farms was started by Harry and Richard Schulman in 1955 and endured until 2010 when Richard retired at age 77, some 55 years later.  Over the years, Richard raised laying hens, broiler birds and always had his own egg route where he sold eggs throughout the NYC metropolitan area.  Upon retirement, Richard became involved in the Cornell Cooperative Extension as a Master Gardener. During that time, he built dozens of owl nesting boxes that the extension used to raise funds.

Richard was a devoted father, husband, grandfather, employer, friend to all, and concerned citizen.  He would talk to anyone about any interesting topic.   Aside of running his poultry and egg business, Richard was an accomplished carpenter, plumber, electrician, welder, mechanic, mason, master gardener and the list goes on.  He enjoyed poetry, music, specifically folk music, and opera.  He also loved watching any animal show on television as well as sporting events like boxing, track and field and ice skating.  One of his proud joys was “the pond” that he built on the property around 1960, which served as the family social center for some 60 years.

Richard served as a Town Justice for the Town of Cochecton from 1976-1980 and as a Councilmember from 2010-2012.  He also served as a Mason and on the Zoning Board for several years.

Funeral services will be held privately due to COVID restrictions.  Richard will be buried in Congregation Ahavath Sholom Cemetery in Jeffersonville.  The family will plan a lifetime celebration when the pandemic is over and people can safely congregate.

To plant a beautiful memorial tree in memory of Richard Schulman, please visit our Tree Store

A Memorial Tree was planted for Richard
We are deeply sorry for your loss ~ the staff at Joseph N. Garlick Funeral Home
Join in honoring their life - plant a memorial tree
Services for Richard Schulman
There are no events scheduled. You can still show your support by planting a tree in memory of Richard Schulman.
Plant a tree in memory of Richard
Share Your Memory of
Richard
Upload Your Memory View All Memories
Be the first to upload a memory!
Share A Memory
Plant a Tree