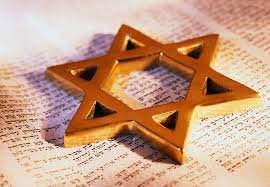 To memorialize Sy's life is like trying to overfill a cup, as the man was multi-faceted, talented and surprising. Born and bred in Brooklyn, New York and educated at Yeshiva Torah Vidath - at the age of 13 and 6 foot 3 inches tall, 235 pounds - he hired a horse and wagon to cut and sell branches to cover the roofs of sukkahs in his neighborhood. He also began a lucrative stint selling cases of candy bars and the monies he earned, served to financially assist his family and attire himself in handsome clothes; the first of his Lower East Side social club friends to sport a striking and unheard of pink shirt. He always presented himself to "the boys" as being ten years older than his true age due to his size and savvy. After numerous successful ventures throughout adulthood, a marriage made in heaven, and an early pseudo-retirement spent in Florida, Seymour and Dale eventually wound up back in their beloved Town of Fallsburg in Sullivan County, NY, where Sy became a full "silent" financial partner to The Rosenberg Family at The Olympic Hotel aka The Olympic Ranch and Ski Resort. At the age of 50 and 41 respectively, the Berensons welcomed their third child, Harris, and settled into a home on the hotel grounds where Sy managed its physical plant until the property was ultimately sold. Martin and Hillary worked lucrative weekends and Summers at the hotel and those years were positively idyllic. The family relocated to a home in Hurleyville, NY and Sy went on to become Property Manager of several orthodox second-home complexes in Sullivan County, relishing those years and developing lasting friendships. Although The Berenson Family were not ultra-orthodox in their religious beliefs, Seymour was held in the highest esteem by all the residents.

In 2001/2002, at the request of then Rabbi Tzvi Abba Gorelick zt"l of Yeshiva Gedolah Zichron Moshe in South Fallsburg, NY, Seymour assumed the enormous task of overseeing construction of a new Bais Medrash Building on yeshiva grounds, saving their Jewish community millions of dollars in construction costs, making the dream a reality and becoming in their words, " . . . a revered, respected and well loved member of our family". The experience served to further heighten Seymour's love of his Jewish religion and heritage. Never to be idle, when that undertaking came to its conclusion, Sy began working with an Oyster Bay developer, overseeing the building of Greentree Vacation Homes in Harris, NY and going on to operate and manage - until his passing - Greentree Water Company which served its residents.

During all his years, Seymour "Sy" Berenson was a philanthropic man in word and deed and his communities always benefited from his generosity of spirit. He was a member of Congregation Anschei Hurleyville, Treasurer of The Town of Fallsburg Democratic Committee for 20 years, a Diamond level member of Hillel, an inception member of The Town of Fallsburg Chamber of Commerce, a member of The Town of Fallsburg Lions Club - having served two terms as their President, their Treasurer for 30 plus years, member of their Scholarship Achievement Award Committee and a Zone Chairman. Sy performed every type of home and business venue improvement for Fallsburg residents over the years. . . many times graciously without remuneration . . . sometimes being paid in unending streams of delectable baked goods, kosher meats, provisions, grateful handshakes, good will and lasting friendships.

Everything in which Seymour Berenson participated during his lifetime, was approached with enthusiasm, loyalty, love of the mission, unparalleled skill and dedication to the job at hand and his family was lucky enough to have been loved by this renaissance man and to call him our own. He was truly a one-of-a-kind human being and we trust he will be remembered by all who were fortunate enough to have known him. Dale will hold him in her heart for all eternity. Seymour's well-earned final resting place is in tranquil Hurleyville Cemetery where there was a meaningful graveside service for family members and friends officiated by Rabbi Efraim Sher of Yeshiva Gedolah Zichron Moshe. To those of you who could not attend due to the pandemic we, nevertheless, say "thank you from the bottom of our hearts for your kind thoughts".

To plant a beautiful memorial tree in memory of Seymour Berenson, please visit our Tree Store

A Memorial Tree was planted for Seymour
We are deeply sorry for your loss ~ the staff at Joseph N. Garlick Funeral Home
Join in honoring their life - plant a memorial tree
Services for Seymour Berenson
There are no events scheduled. You can still show your support by planting a tree in memory of Seymour Berenson.
Plant a tree in memory of Seymour
Share Your Memory of
Seymour
Upload Your Memory View All Memories
Be the first to upload a memory!
Share A Memory
Plant a Tree