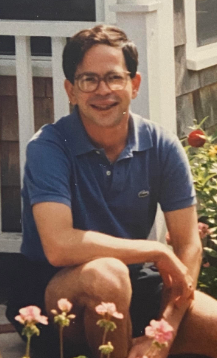 Edward S. Berens, a resident of the Hamlet of Smallwood – Town of Bethel, passed away on Saturday, March 13, 2021 in his beloved home under hospice care from primary lateral sclerosis. He was 69 years old. The son of the late Lee and Gladys Berens, Ed was born on May 22, 1952 in Monticello and attended and graduated from Monticello High School in 1970.

Edward went to college in New Paltz and received degrees in Art, Education and Special Education. He retired to his Smallwood home after 30 years of service with the New York City Board of Education; starting out in the classroom and ending his career in an administrative position for Special Education placements. He was much respected by the professionals he worked with and the parents he assisted.

Ed had a life-long love for the theater and while living at home in Monticello, Ed worked as a costume designer for the Forestburgh Playhouse. During his years working in New York City education, Ed also found time to work with a professional theatre company, Opera Northeast as a costume designer with occasional roles. Before leaving Monticello he was a member of the Sullivan County Dramatic Workshop, and after his retirement, rejoined, having the same enthusiasm; playing many roles on stage and becoming an active member of its board.

Gardening and attending auctions were two activities which brought Ed much enjoyment and to many others who drove by to see the garden in bloom; the auctions filled his house with many surprising and beloved items. Edward was a type one diabetic, and even though it was a serious struggle at times, it never held him back from professional achievements and enjoyments of friends, family, garden and his various other interests and obligations.

Ed was predeceased by his parents as well as one brother; Larry Berens.

A memorial gathering will be held on Monday, March 22, 2021 at 1:00pm at the family plot at Brotherhood Cemetery, Thompson Road, Monticello.

Memorial contributions in Ed’s name may be made to the National Diabetes Association by visiting diabetes.org.