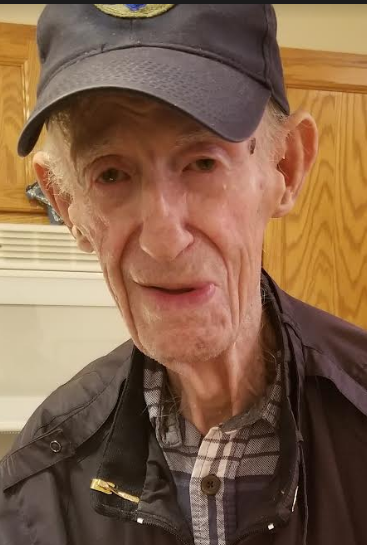 Irwin Sasnowitz, loving father, grandfather, uncle and cousin, died in Raleigh, NC this week at the age of 94.  Irwin grew up in Swan Lake, NY and attended Liberty High School, where he was a standout point guard for the Liberty Indians in 1944.  After graduating, he joined the US Navy and proudly served in the Pacific Theater as a Storekeeper Third Class, stationed in Samar, Philippine Islands, during World War II in 1945-46.

Coming home after the War, he utilized the GI Bill to attend and graduate from the University of Miami with a degree in Physical Education.  He taught and coached for a few years, and then decided to return home where he took a postal clerk position at the Swan Lake Post Office where his brother was Postmaster.  Ever the entrepreneur, Irwin bought some land and built a gas station at the end of Briscoe Road in Swan Lake, serving gas, food, bait and tackle to locals and visitors throughout the late 1960’s and 1970’s.  During that time, he was promoted to Postmaster in Swan Lake, where he served until retiring in the mid-1980’s.

Post-retirement, Irwin stayed busy with a lawn mowing business and also utilized his creative skills for his woodcraft business.  He served as Commissioner of the Swan Lake Fire District, and supervised the building of the new firehouse.  He was a member of the Kauneonga Lake Chapter of the American Legion, and the Swan Lake Synagogue.  Irwin loved sports and enjoyed teaching his children, cousins, nieces and nephews to play baseball, basketball, golf, and to fish and ice fish on Swan Lake.  He moved to Raleigh in the 1990’s and spent the last 25 years of his retirement closer to his kids and grandkids.  He made new friends in Raleigh as part of a McDonald’s breakfast group, where he proudly wore his WWII veterans cap daily.

A graveside funeral service with full military honors will be held on Thursday, September 2, 2021 at 2:00pm at the Swan Lake Synagogue Cemetery, Hysana Road, Liberty, NY.

In lieu of flowers, contributions can be made in Irwin’s memory to the Swan Lake Fire Department, P.O. Box 177, Swan Lake, NY 12783.