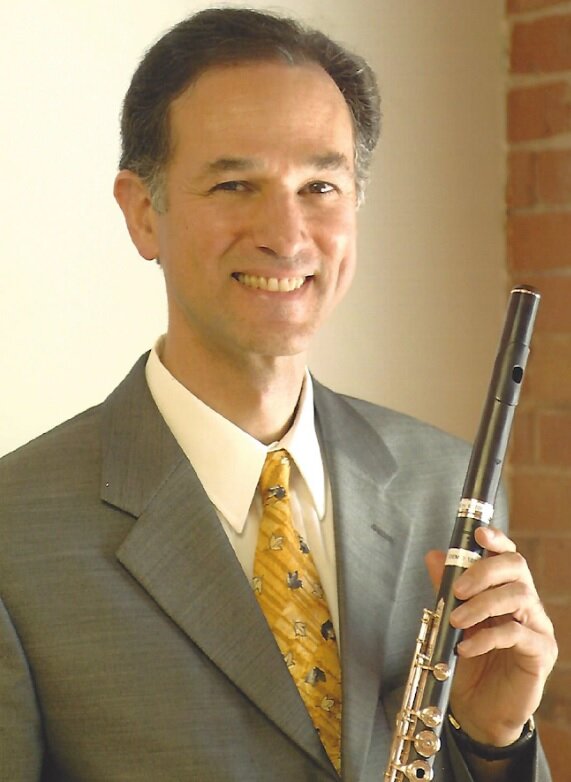 Steven A. Wasser, 70, a 40-year resident of Wellesley, MA, died peacefully at home in the Hudson Valley surrounded by his family on November 2, 2022.

His professional career was characterized by creativity and entrepreneurial expertise and was rooted in the global musical instrument manufacturing business he led from Waltham and eventually Maynard, Massachusetts.

Mr. Wasser loved music and was an accomplished woodwind musician. He was fortunate to pursue his career in the music world when he purchased Verne Q. Powell Flutes (Maynard, MA) in 1986 and, over the next 30 years, re-established the firm as the Stradivarius of the flute world. Many of the instruments were manufactured locally in the Boston area. He tirelessly pursued improved instrument sound quality and introduced innovative new products, resulting in a number of US patents.

Mr. Wasser was a member of the board of directors of the Lyric Stage of Boston for eight years and served as President of the board from 2012-2016.  He also served on the Berklee School of Music Presidential Advisory Board, the Board of Overseers for the New England Conservatory, and the Fallon Health Advisory board.

Mr. Wasser received his MBA from Harvard Business School, with Distinction, and obtained his A.B. from the Cornell University School of Arts & Sciences with Honors.

He was an avid art collector, and in 2017 Steven and Stephanie Wasser donated their substantial collection of paintings and prints to the Palmer Museum of Art at Penn State University.  The focus of the collection was social realism of the 1930’s, painted mostly by Jewish immigrants under the WPA, and how they viewed their new country.  A number of the donated artworks can be seen in the Palmer’s permanent exhibition. Mr. Wasser served on the Palmer Museum National Advisory Council at the time of his death.

One of Mr. Wasser’s interests was CEO peer groups.  He was a member of Vistage for 10 years, then founded a cooperative CEO peer group in Boston which he ran from 2006-2016.

After selling Powell Flutes and moving to the Hudson Valley in New York State in 2018, Mr. Wasser, in conjunction with Upstate Capital, established a CEO peer group in the Hudson Valley area which he facilitated until last month.

As the son of a Jewish refugee who fled Austria in 1939 and served in the U.S. military during World War II, Mr. Wasser was committed to the Jewish community his entire life. He and his wife were members of Temple Beth Elohim, in Wellesley, MA, for 40 years. At the time of his death, he was president of the board of Jewish Federation of Dutchess County (NY).

Mr. Wasser’s interest in the business world began as a young child, learning about investments and business from his grandfather, who fled Vienna in 1939. Mr. Wasser started his first business at 18, Odyssey Trucking, and started his post-MBA career as a management consultant for State Street Consultants, in Boston. Subsequently, he headed national expansion for the staffing firm, Office Specialists, before purchasing Powell Flutes in 1986.

He taught Entrepreneurship, Leadership, and Strategy at the undergraduate and graduate business levels, and served as Entrepreneur in Residence at Penn State University.

He was an extraordinary teacher and enjoyed mentoring and advising so many of his friends, family, and business associates.

An excellent athlete, he loved to bike and hike, and he was a standout in track at Cornell. An avid hockey and baseball fan, he loved playing in numerous summer leagues in MetroWest.

His greatest joy was his family, and he was a beloved and devoted husband and father. He is survived by his wife of 45 years, Stephanie (Sabloff) Wasser, daughter Jacqueline Stauffer (William Stauffer), of Redding, Ct., daughter, Merrill Cook (Matthew Cook), of Washington, D.C., and brother, Daniel Wasser (Marcia Zaiac), of Scotch Plains, NJ. He is also survived by seven nieces and nephews who all loved and admired him.

Services will be held at Temple Beth-El, Poughkeepsie, NY, with burial in Liberty, NY. In lieu of flowers, donations may be made to Jewish Federation of Dutchess County (www.jewishdutchess.org), or the Palmer Museum of Art at Penn State (https://palmermuseum.psu.edu).

To plant a beautiful memorial tree in memory of Steven Wasser, please visit our Tree Store

A Memorial Tree was planted for Steven
We are deeply sorry for your loss ~ the staff at Joseph N. Garlick Funeral Home
Join in honoring their life - plant a memorial tree
Services for Steven Wasser
There are no events scheduled. You can still show your support by planting a tree in memory of Steven Wasser.
Plant a tree in memory of Steven
Share Your Memory of
Steven
Upload Your Memory View All Memories
Be the first to upload a memory!
Share A Memory
Plant a Tree